Before we dive into the world of BeagleBoard, we need to get a few jargon and basic concepts out of our way first!

Let's have a look at when one should consider using the Beagle Boards.
The Beagle boards are perfectly placed for the integration of high-level software and low-level electronics in any type of project.
The major advantage over more traditional embedded systems, such as the Arduino, PIC, and AVR microcontrollers, is apparent when you leverage the Linux OS for your projects. For example, if you built a home automation system using the BeagleBone and you then decided that you wanted to make certain information available on the internet, you could simply install a web server. 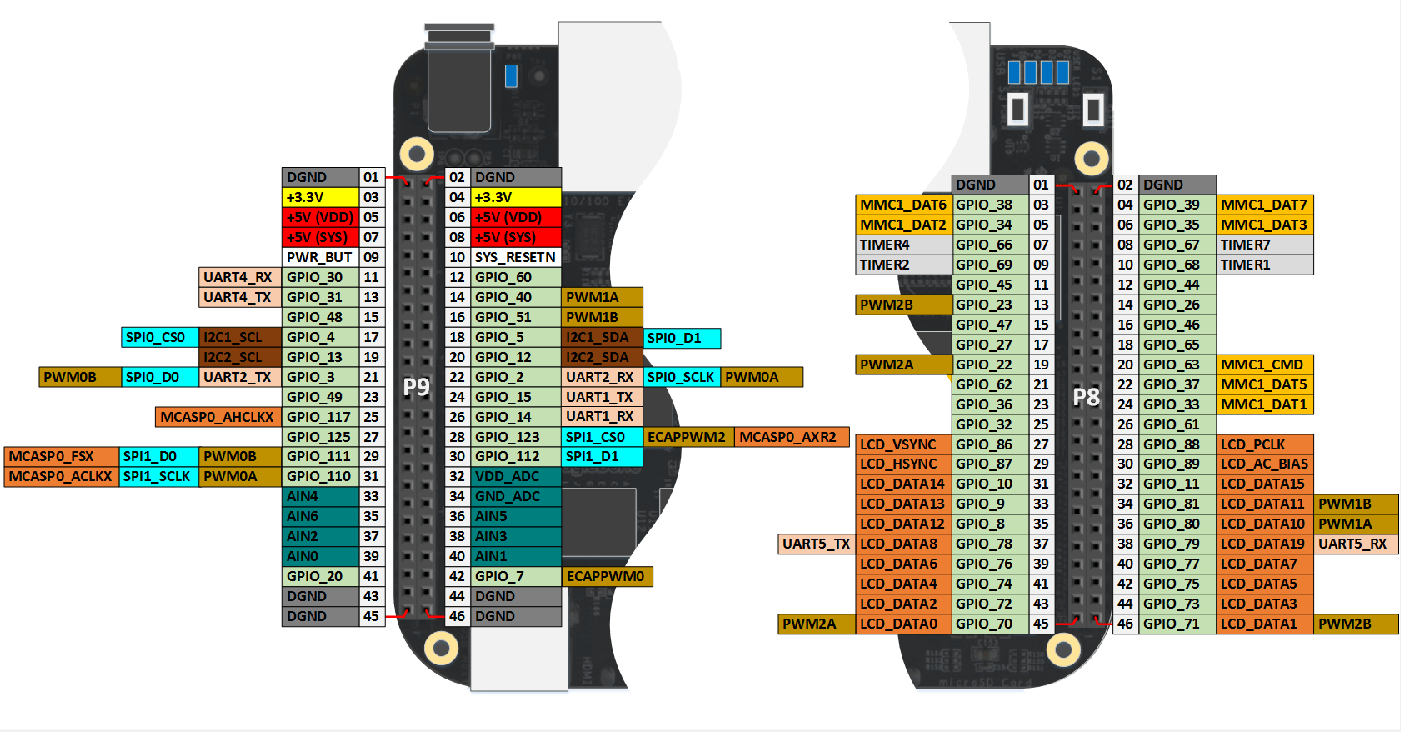 Setting up the BeagleBone

The BeagleBone Black was one of the first ever BeagleBoards I have had, and it was a bit of a hassle for me to set it up initially. Few things to keep in mind here.

Where you have to type in N and press enter.

Inorder to take a backup of your entire SD card, run the command:

I followed this procedure to make the release Bela on BBAI image:

and then, go to line#101 and inside the while loop write:

Once done, save and exit the editor and then run make
Assuming that everything went as planned, you should see an output like this:

and the contents of gen folder should look something like this:

Now you need to first make a folder by the name pru in \lib\firmware\. and then,

Now you need to create a symbolic link to this new pru firmware, and delete the older one.

After this, cd /dev/remoteproc/ and then cd into pruss1-core0/. Here, you will first stop the pru incase it is running using echo 'stop' > state. Now it's time to load the new firmware into the PRU using:

Finally, the new program has been uploaded and you can start the PRU again using echo 'start' > state.
To test this, we will check first if the right rpmsg handle has been created in /dev/ folder using

If you get an output similar to above, everything is going great so far! Now we can finally get to testing if our new program works that basically replaces the first 2 characters of the input string. To do that, we will

If you get that output to cat then the firmware has been loaded and is up and running successfully. You have just learned the following from this tutorial:

To boost the CPU speed, use sudo cpupower frequency-set -d 1.5GHz -u 1.5GHz. Remember to install a fan or fan cape before that so your BBAI does not over heat!

Some keywords to remember:-